It was extremely fun (and quite messy!) completing the second half of our Science experiment.

Using our findings we then wrote our conclusions. We concluded that the stronger the liquid and it's pH level, the more effect it had had on the egg shell. This showed us the importance of brushing teeth twice a day to remove any food or liquids on our teeth to stop plaque building up and causing cavities.

Have a look at our amazing work from Science: 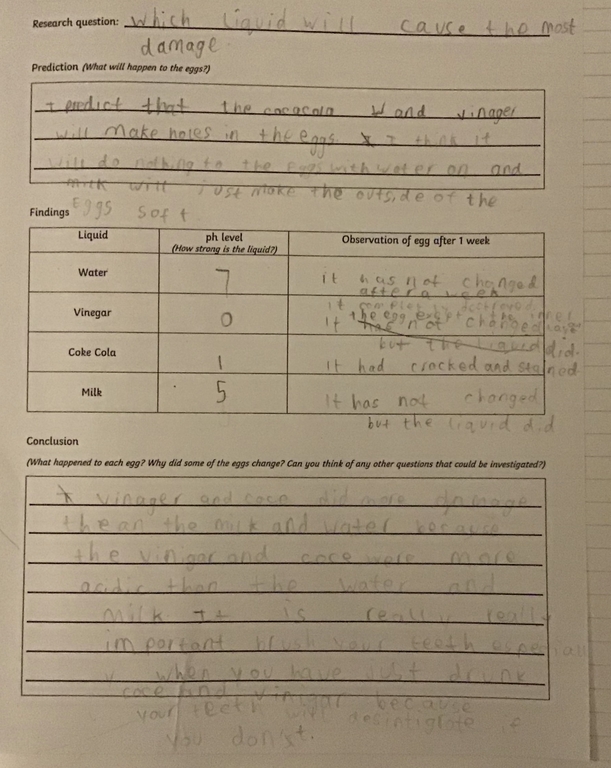 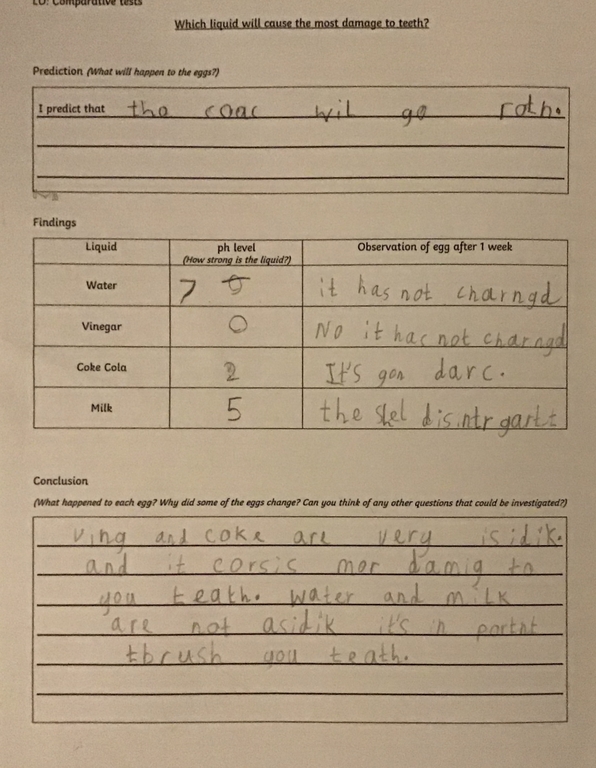 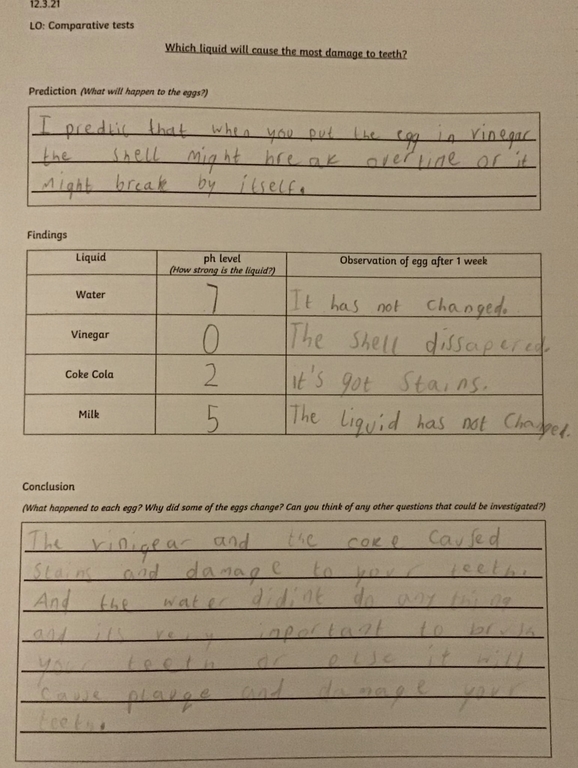 Ways to help at home