In our English lessons, we have been learning to write quest tales. We were inspired by the story “The Knights Quest”, and recreated our own versions. A quest tale involves the main character going on a journey where something goes wrong and they need to overcome some obstacles. The obstacles are then overcome and the main character returns home.

When planning our own quest tale, we took part in some drama activities to support our ideas and get into character. We thought about what the character’s might be thinking and how they would express their emotions. 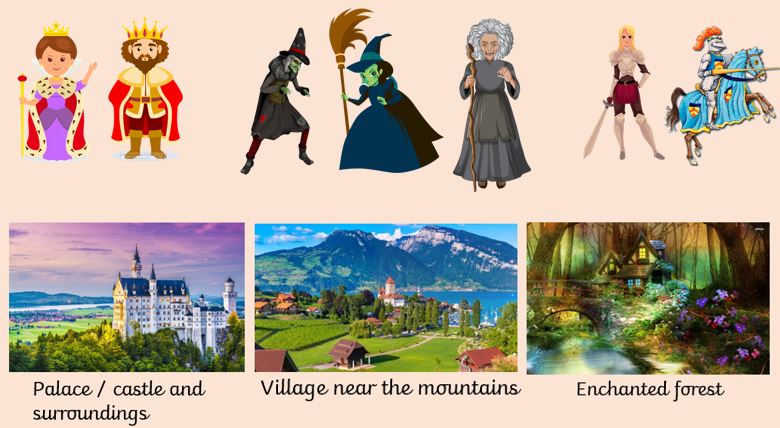 We used our senses when describing the setting in our stories.

Can you think of an expanded noun phrase to describe the settings above?

Comment on this post and tell us all about the quest tale that you wrote. Who were your main characters? Who was the evil character? What curse did they place on the kingdom? We look forward to reading your ideas!

This is fabulous! It's just amazing to see you all embracing this opportunity and learning new skill...
about 8 months ago
Wow! This looks fantastic!! What an excellent learning experience ?
about 1 year ago
3 Mondrian were fantastic when retelling this story using the map. Such confidence, expression and c...
about 3 years ago
Eden has done a great job of re-telling the story to me and told me about his own storyboard ☺...
about 4 years ago
I enjoy all of it and especially when I did the weaving ???
about 4 years ago