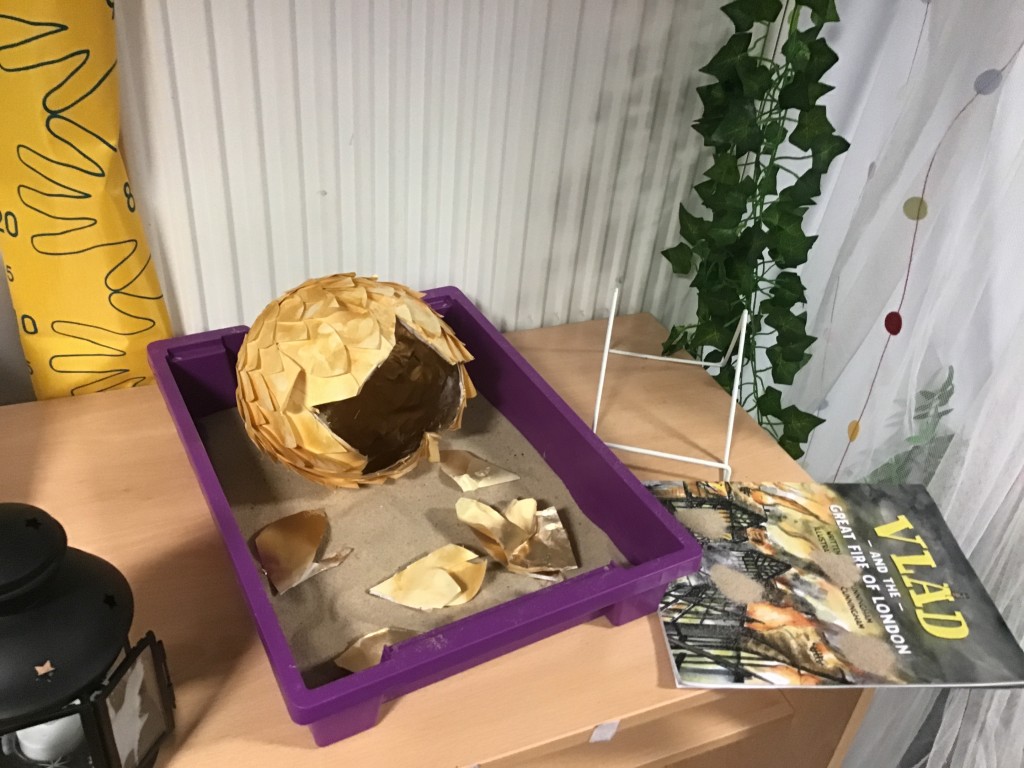 When we came back to school this week after the Christmas holidays, we discovered that 3 golden eggs had been found in the swale!  They looked a little strange but we thought we'd better keep them safe and warm, as that's what we found out that you do with eggs.

However, on Tuesday morning, we came into school to find police tape and scenes of distruction in our classrooms - the eggs had hatched!!!  Whatever had been inside had created quite a mess and escaped!  We didn't know what to do, but then Mrs Troop came to see us with a letter from the curator of the Natural History Museum.  He had heard about our eggs and realised that they were dragon eggs!  He told us to keep them safe until his team could come to investigate.  Unfortunately, he also told us that dragon eggs must be kept cold, or else they would hatch - which is obviously what had happened to ours!!!

Next, Mrs Troop told us that there was a special news report we needed to see.  It was the BBC news with reports of dragon sightings flying over our school!  We were all very excited and decided we needed to go on a dragon hunt to see if we could find them.

Outside, we found several clues, such as burnt books, pieces of egg shell and even some dragon scales!  They led us to the swale where we found a book and a letter from one of the dragons.  He told us that they are friendly dragons but that they are shy and worried that the humans might hurt them.  So they kindly left us a beautiful book, which tells us all about the different and exciting kind of dragons there are.

So keep an eye out, as you may see our friendly dragons flying around from time to time - make sure you say hello so they know that we are friendly too!

Ways to help at home