We explored the culture and language of Spain this week to coincide with the European Day of Languages. Here are some of the activities we did across the year groups during the week!

Nursery and Reception: After singing a welcome song, we read a Spanish version of the book ‘Head to Toe’ by Eric Carle and the children did the actions of the animals.  There was an interactive display in Reception and Nursery during the week featuring traditional clothing, numbers and colours. 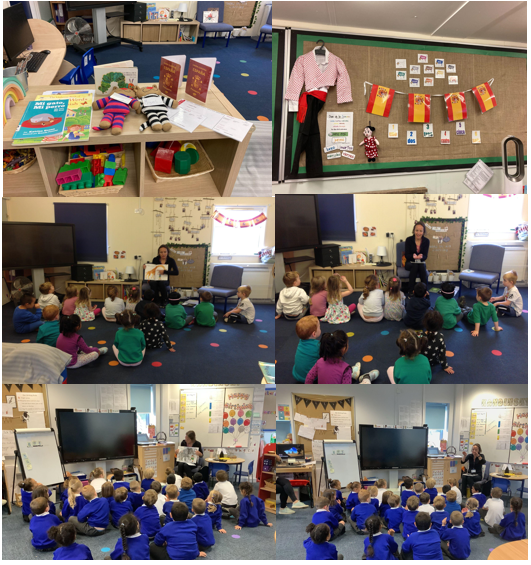 Year 1: We read Elmer and explored his colours in Spanish before the children identified these on their sheet.

Year 2: Children sang a number song before playing a version of the Spanish board game El Juego de la Oca. They used their Spanish numbers to count round the board. They played really well together! 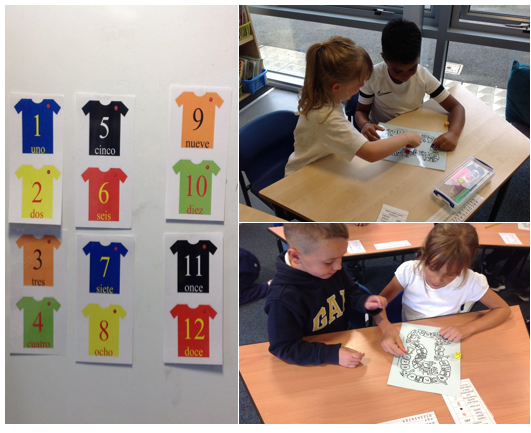 Year 3: We explored Talavera patterns and then used geoboards and elastic bands to create our own impressive designs. We even discussed rotational symmetry! 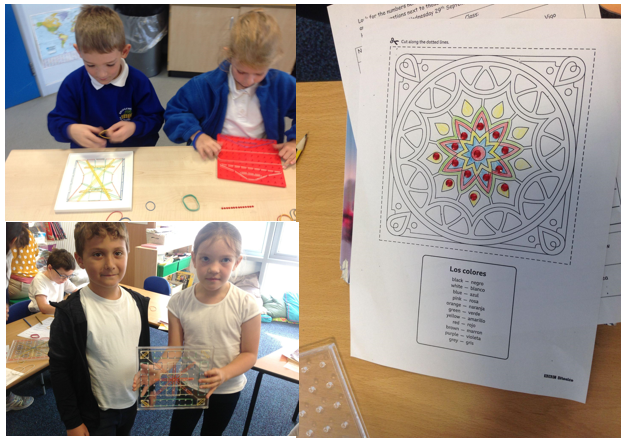 Year 4: After watching a clip of the tomato-throwing festival of La Tomatina, the children made their own tomatoes which were much less messy than the real thing!

Year 5: Children explored the art of Gaudí before creating their own clay mosaic lizard with great fine motor skills! They enjoyed selecting the colours to paint onto the clay. 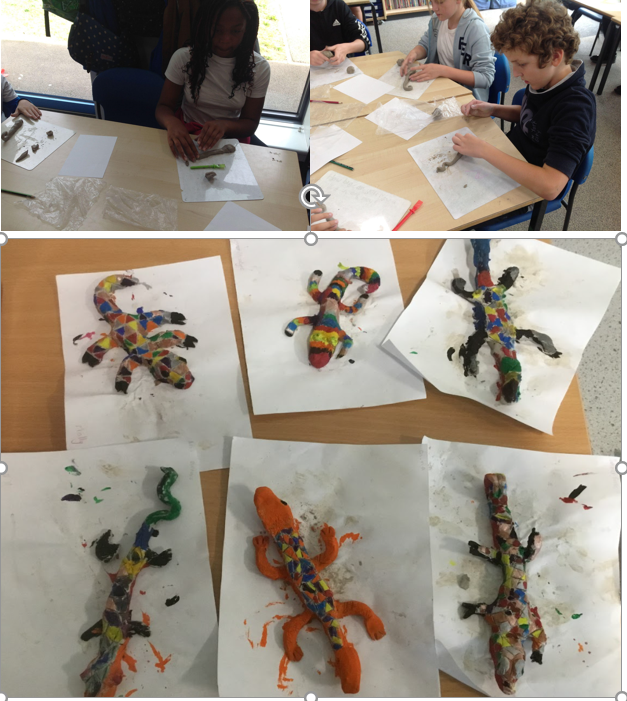 Year 6: We watched the impressive spectacle of the human towers in Tarragona and then experimented with building blocks to make the tallest and most stable towers. The children also made pan con tomate (bread with tomato). Most of them enjoyed eating it! 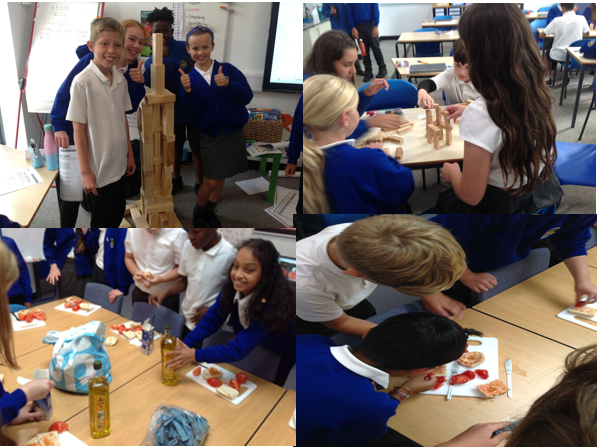 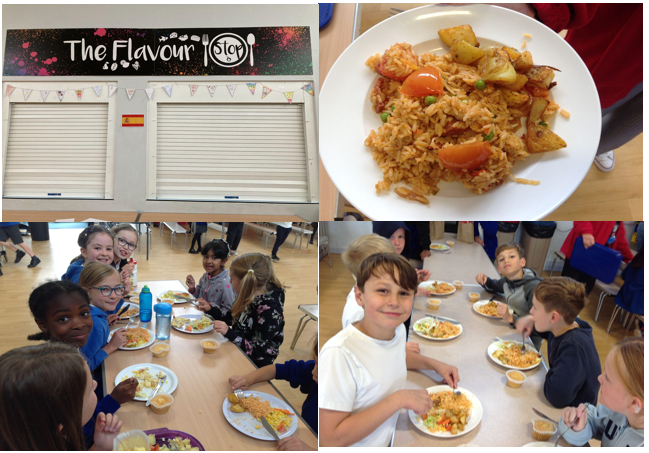 Years 4, 5 and 6 explored the traditional dances of the Sevillana and the Catalan Sardana. They were very quick to put the steps into action! Children in Years 5 and 6 helped with Spanish playground games for children in Years 1 and 2 when the weather allowed us!

Assemblies: Mrs Harvey began with an assembly about European Day of Languages, sharing some fascinating facts about European languages and language learning. Children sang Spanish songs as a whole school for the singing assembly. During our Thursday assemblies, Years 1, 2 and 3 sang a song and listened to a story in Spanish. We could hear the lovely singing of the children throughout the week! Years 4, 5 and 6 listened to a presentation about Spain, which answered the quiz questions that they had been completing throughout the week. They listened to some extra facts about Spain and they had an opportunity to share what they had done. We also had a treat with Mr Fountain playing Spanish music on the trumpet and Mrs Harvey sharing memories of Spain.

Well done to all the children and staff for making Spanish Week a success!