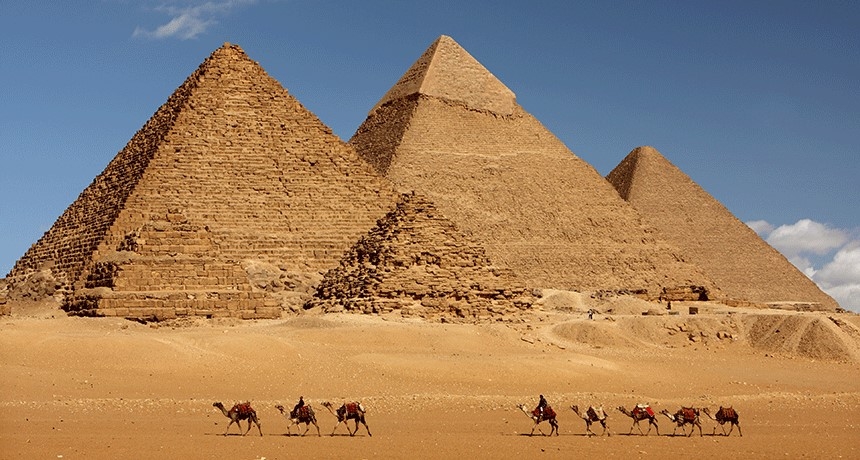 We learnt about King Tutankhamun and the different artefacts that were discovered in his tomb, by the archaeologist Howard Carter.

Click this link to find out more about Tutankhamun's Tomb Discovery

Here is how he described the discovery in 1922: 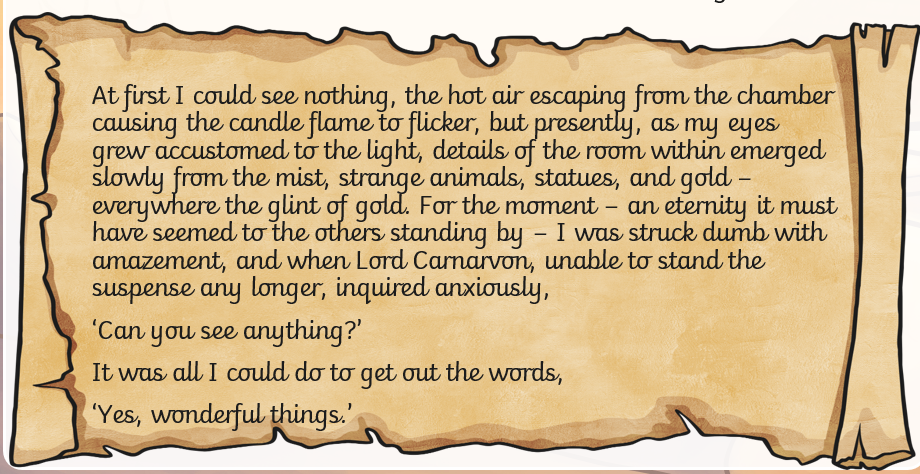 Howard Carter and his team making the discovery: 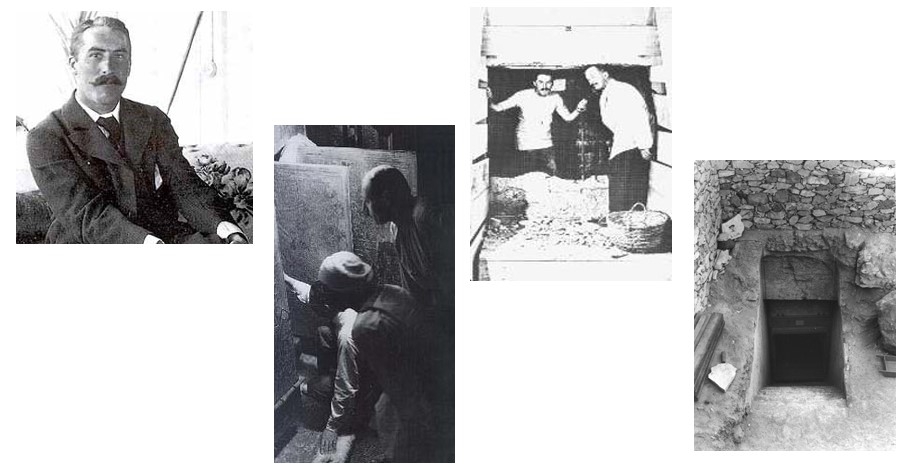 Egyptians believed that when they died, their soul left their bodies. After they were buried their sould would return and would live in the afterlife. This was the reason for preserving their bodies and the process was called mummification. You can learn more about the mummification process here - https://www.dkfindout.com/uk/history/ancient-egypt/egyptian-mummies/

Comment below with some of your favourite facts about the Ancient Egyptians!

This is fabulous! It's just amazing to see you all embracing this opportunity and learning new skill...
about 7 months ago
Wow! This looks fantastic!! What an excellent learning experience ?
about 11 months ago
3 Mondrian were fantastic when retelling this story using the map. Such confidence, expression and c...
about 3 years ago
Eden has done a great job of re-telling the story to me and told me about his own storyboard ☺...
about 3 years ago
I enjoy all of it and especially when I did the weaving ???
about 4 years ago